Lord of the Ring of the Nibelungs 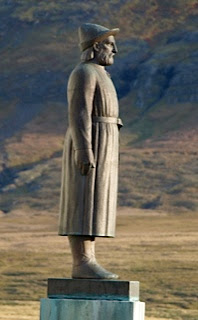 My biography of the Icelandic writer Snorri Sturluson, Song of the Viking: Snorri and the Making of Norse Myth, has just gone into production at Palgrave-MacMillan. The official publication date is October 30. (Loud cheers and hurrahs!) Here’s an attempt I made to explain Snorri’s importance. Clever readers will also see that it explains the name of this blog, “God of Wednesday”:
Peter Jackson’s long-awaited film of J.R.R. Tolkien’s The Hobbit is in production in New Zealand.

“Das Rheingold,” the first episode in the Metropolitan Opera’s thrilling new production of Richard Wagner’s four-opera cycle, “The Ring of the Nibelungs,” is being sung in New York tonight.

What do these cultural blockbusters have in common, besides dwarves, dragons and awe-inspiring technological wizardry?

The obvious answer is a magic ring.

Tolkien categorically denied any connection. In a letter to his publisher in 1961, he slammed the Swedish edition of The Lord of the Rings, the sequel to The Hobbit. When the translator opined, “The Ring is in a certain way ‘der Nibelungen Ring,’” Tolkien scoffed: “Both rings were round, and there the resemblance ceases.”

The translator’s theory was “a farrago of nonsense,” Tolkien wrote. “He is welcome to the rubbish, but I do not see that he, as a translator, has any right to unload it here.”

Yet connecting the two artists is neither rubbish nor nonsense. Both Tolkien and Wagner based their fantastical worlds on the writings of a thirteenth-century Icelander, Snorri Sturluson.

In 1851 a German translation of Snorri’s Edda and parts of the Poetic Edda was given to Wagner. A later German poem, the “Nibelungenlied,” is often thought to be Wagner’s inspiration, particularly since his “Ring,” first performed in 1876, became the ultimate expression of Germanic folk culture. But a point-by-point comparison shows Wagner to be more indebted to Snorri.

In the 1920s, while teaching at Oxford, J.R.R. Tolkien tried to add Snorri to the English canon. He argued that reading Old Icelandic was more important than reading Shakespeare—Icelandic was more influential, more central to our language and our modern world.

Snorri, son of Sturla, was a lover of poetry, a writer of history and saga, and a teller of myths. One of the richest chieftains in Iceland in the early 1200s, he could call up armies of thousands. He himself was not a fighter, but bought favors or won them at law. He had few scruples, and could out-argue anyone. He was fat, troubled by gout, given to soaking long hours in his hot tub while drinking stout ale—not a Viking warrior by any stretch of the imagination. Shortly after finishing his classic books in 1241, he was murdered cowering in his cellar: He had betrayed Iceland’s other chieftains and made a pact with the king of Norway, selling out Iceland’s independence so he himself could be called an earl. And then, rather foolishly, he had betrayed the king.

A 1909 translation calls it “the deep and ancient wellspring of Western culture.” 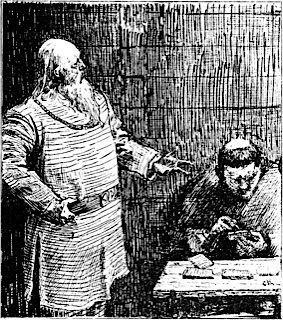 All the stories we know of the Vikings’ pagan religion—the Norse myths of Valhalla and the Valkyries, the World Tree Yggdrasil, the Rainbow Bridge, Ragnarok or the Twilight of the Gods—come from Snorri. He is our major, and often our only, source.

Without Snorri, we would know next to nothing about the god for whom Wednesday was named (Odin, Wagner’s Wotan). Ditto Tuesday (Tyr), Thursday (Thor), and Friday (Freyja or Frigg).

The history of Scandinavia in the Viking Age (roughly 793 to 1066) we know almost entirely through Snorri. With his vivid portraits of kings and sea-kings, raiders and traders, he created the archetype of the Viking: the tall, blond, independent warrior who laughs in the face of death.

And from Snorri’s books springs modern fantasy. All the novels, films, video games, board games, role-playing games, and on-line multi-player games that seem to borrow their elves, dwarves, dragons, wizards, and warrior women from The Lord of the Rings have, in fact, derived them from Snorri and the Icelandic literature Tolkien so loved.

In 2013 The Hobbit is forecast to arrive on the big screen. If you miss tonight’s “Das Rheingold,” you can guarantee your seats to next season’s complete “Ring of the Nibelungs” performances by subscribing to the Met’s 2012-13 season. When the magic of the rings envelops you, give a thought to an Icelander from long ago. Because of Snorri Sturluson’s wizardry with words, our modern culture is enriched by Northern fantasy.

Posted by Nancy Marie Brown at 9:28 AM

I live in northern Vermont with my husband, the writer Charles Fergus, a small herd of Icelandic horses and one Icelandic sheepdog. I offer tours to Iceland through the company America2Iceland.