What Does It Mean to Believe in Elves?

Icelanders believe in elves. There are many ways you could take issue with that sentence, but let's start with that shapeshifting verb, “to believe.”

As I note in my book Looking for the Hidden Folk: How Iceland's Elves Can Save the Earth, anthropologists like himself, Rodney Needham wrote in 1972, “appear to take it for granted that ‘belief’ is a word of as little ambiguity as ‘spear’ or ‘cow’” when they write about the beliefs of this culture or that. 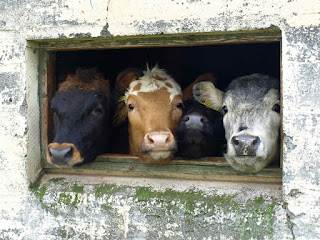 Yet “belief” is kaleidoscopic. It translates a “bewildering variety” of foreign terms. Its root means to love or desire. Translators of the Bible used it to translate trust or obey. It means to follow a religion, to accept a statement as true, or to hold an opinion. You can say, “I believe I’ll have fish for dinner” as easily as “I believe in elves” or “I believe in God.”

Philosopher David Hume in 1739 defined belief as “something felt by the mind, which distinguishes the ideas of the judgment from the fictions of the imagination.”

Stuart Hampshire in 1959 defined a man’s beliefs as “the generally unchanging background to his active thought,” those things he “never had occasion to question” or to state.

Jonathan Lanman in 2008 defined belief as “the state of a cognitive system holding information (not necessarily in the propositional or explicit form) as true in the generation of further thought and behavior.” Using this definition, Lanman asserted, we can “pursue a cross-cultural science of belief,” as everyone has such beliefs. “All have cognitive systems that represent the world in some way and act according to what they believe to be true about that world.”

Your beliefs define you. As fuzzy, illogical, or unquestioned as they may be, they control how you see the world and how you act in response.

As Needham concluded, “An assertion of belief is a report about the person who makes it, and not intrinsically or primarily about objective matters of truth or fact.” Belief, said Needham, is “ultimately a reference to an inner state.” More, that inner state seems to be emotional. Yet we cannot say, in English at least, that someone is “believing” or “belief-full,” Needham mused.

Philosopher Jesse Prinz thinks the emotion involved is wonder. It’s wonder that produces both religion and science, as well as art: The three institutions “that are most central to our humanity,” said Prinz, are “united in wonder.” They are not in conflict. They are not either/or. Each of the three feeds “the appetite that wonder excites in us,” says Prinz. Each allows us “to transcend our animality by transporting us to hidden worlds.” It’s wonder, Prinz argues, that makes us human. 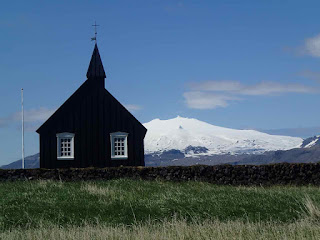 Adam Smith, the inventor of capitalism, wondered about wonder in 1795, Prinz found. “He wrote that wonder arises ‘when something quite new and singular is presented … [and] memory cannot, from all its stores, cast up any image that nearly resembles this strange appearance.’”

Wonder is sensory: “We stare and widen our eyes,” wrote Prinz. Wonder is cognitive: “Such things are perplexing because we cannot rely on past experience to comprehend them … : We gasp and say ‘Wow!’” And then there is “a dimension that can be described as spiritual.” Wonder, concludes Prinz, awakens us. “We don’t just take the world for granted, we’re struck by it.” 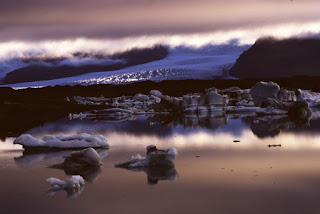 Or we are not. Emotions, brain researchers have found, depend on culture. You will not sense wonder if you’re never exposed to it.

There’s much we don’t know about the brain. But we know it categorizes. We know it uses concepts and words, finds causes and crafts stories. We know it constantly simulates the world and makes multiple predictions of what we will sense and see—and what we should do in response.

We know that it’s wired for emotion, for wonder, for ecstasy, but that Western culture disdains and derides this side of the brain. We’re taught to control our emotions, to give up wonder in childhood, to stifle our mystical experiences—or at least not to talk about them. Otherwise we’ll be thought “ignorant, eccentric, or unwell,” says Jules Evans of the Centre for the History of the Emotions in London.

We’ll be laughed at as loony elf-seers.

But without words, without the concepts to describe them, you are “experientially blind,” says psychologist Lisa Feldman Barrett. Wonders—elves?—may be all around you, but you will not see them.

Which brings up the next question I grapple with in Looking for the Hidden Folk, What immaterial beings are we allowed to believe in, and who is allowed to do the believing?

You can read more about Iceland and my many adventures there in my new book, Looking for the Hidden Folk: How Iceland's Elves Can Save the Earth, which will be published on October 4 by Pegasus Books. It is now available for pre-order through Simon & Schuster distributors or through my shop on Bookshop.org. Disclosure: As an affiliate of Bookshop.org, I may earn a commission if you click through and make a purchase.
Posted by Nancy Marie Brown at 11:00 AM
Email ThisBlogThis!Share to TwitterShare to FacebookShare to Pinterest
Labels: Iceland, Looking for the Hidden Folk, travel