Studying the Icelandic sagas, as I noted in a previous essay, is a great way to make a life. It's not, however, easy to earn a living doing so.

For many years, I worked as a science writer and editor at a university magazine to feed my Iceland habit (and myself). Leaving that job in 2003, I found myself writing less and less about science (and getting paid less and less for the magazine articles I did write), and supporting myself more and more by editing.

By accident, I established a niche editing academic papers for scholars who wrote English as a second (or third) language. No matter the topic, I found it to be satisfying work--it engaged the same part of my brain as the Sunday New York Times crossword puzzles. What was this person thinking, I asked, when she chose this word? this phrase? How could she present her point more succinctly?

Inevitably, Iceland encroached on my editing work. An anthropologist friend who wrote in both languages sent me a copy of his biography of the explorer Vilhjalmur Stefansson and asked what I thought. I was honest. I critiqued his voice. I told him it bothered me as a reader when he suddenly switched from academic English to colloquial speech.

He was intrigued. Do I do that? he mused.

He asked if I would help him with his then-current project, and I ended up editing and working with him to heavily revise the English edition of The Man Who Stole Himself: The Slave Odyssey of Hans Jonathan. The book was listed in the Times Literary Supplement's Books of the Year and won the Sutlive Prize for the Best Book on Historical Anthropology. 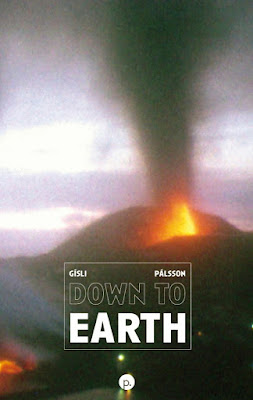 By that time I was hard at work editing Gísli Pálsson's next book, Down to Earth, which mixes his own memories of growing up next door to a volcano with his critical explorations, as an anthropologist, into the Anthropocene, the geological era defined by humans' growing impact on the earth. In many ways, this book was my perfect editing project: merging Iceland, science (volcanology, seismology, anthropology), and history. I'm sure there's a mention of the Icelandic sagas in there somewhere, too.

I'm grateful to Gísli for wanting his voice in English to be as strong as possible, and to his university (the University of Iceland) for providing him with research funds he could use to hire an editor.

Here is a little taste of Down to Earth:

"My first habitat was a small, wooden house on the isle of Heimaey in the Westman Islands, forty-nine square metres in size and built on bare rock that thousands of years ago had been hot lava, welling from deep below the earth's surface. The house had a name: It was called Bolstad. I have always thought Bolstad a fine name: Literally, it means 'habitat.' As my habitat, Bolstad was a microcosm of Heimaey, whose name means 'Home Island.' Bolstad was a place where the future was certain."

Bolstad, he tells us, "succumbed to glowing lava" when a volcano erupted on Heimaey in 1973. Gísli was not there: He was a graduate student in England, and his family had moved to Iceland's mainland.

"We were not among the five thousand refugees fleeing the eruption that night," he writes. "I did not see Bolstad destroyed. But I came across a picture, the final photo of my birthplace, around the time that I began writing this book. I was startled to see it. When I showed it to my siblings and our mother, they reacted the same way I did: shocked and silent.

"Nothing has outmatched Nature here. A light westerly breeze carries off the clouds of steam rising from the lava, giving the photographer a clear view of what once was Bolstad. The advancing lava has already buried one end wall of the house where my mother 'birthed me in the bed,' as she put it. The other end wall has been thrust forward, and the lava has set the house on fire; flames lick the roof and windows. In the heat, the sheet asbestos of the roof has exploded into white flakes, which flutter down like snow onto the black volcanic ash that has settled around the house.

"The bulky television aerial on the roof of Bolstad is still standing; it presumably still picks up a signal from the mainland, but there is no one home to receive it. I gaze at the photo for a long time, my eye drawn again and again to that aerial. Is it a metaphor for the present day?" Is it a warning?

Down to Earth by Gísli Pálsson was published in 2020 by Punctum Books. You can read the ebook for free at https://punctumbooks.com/titles/down-to-earth/. If you like it, please make a donation to this nonprofit publishing house. Their editors have to earn a living (as well as make a life), too.

Disclosure: I am an affiliate of Bookshop.org and I will earn a commission if you click through and purchase the books mentioned here.
Posted by Nancy Marie Brown at 10:51 AM 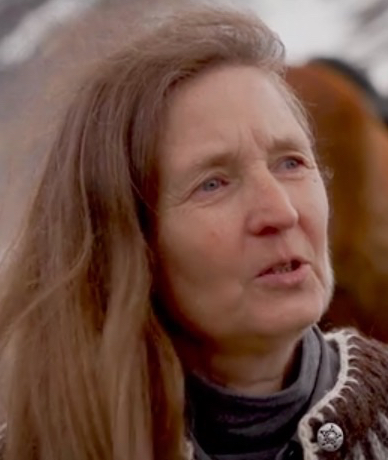