The Lewis Chessmen and Popular Culture 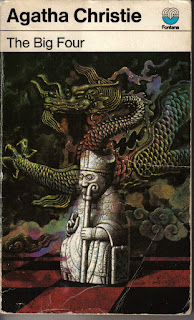 You may not think you know the Lewis chessmen, but I bet you recognize their faces.

In Scotland researching my book Ivory Vikings, I met Stephanie Carter, an American who is doing her dissertation at the University of Edinburgh on "the social aspects" surrounding the chessmen. "I'm looking at how people connect with objects," she explained. She couldn't have chosen a better set of objects. Everyone "connects" with the Lewis chessmen in some way. Mostly, they adore them.

"I don’t know if it’s just because I’m researching them, but I see them everywhere," Stephanie said. "They’re on a pedestal like the Mona Lisa, in terms of visibility. If I say the name, 'Lewis chessmen,' people might not recognize them. But if I say, 'the chessmen with the faces on them,' people know what I mean."

Scottish nationalists are fiercely proud of their little chessmen with faces and deplore the fact that most of them are in the British Museum in London (48 face pieces), not the Scottish National Museum in Edinburgh (11 face pieces). Leading up to the 2014 referendum on Scottish independence, the Scottish Democratic Alliance issued a policy paper titled "The Future Governance of Scotland." In a list of five points for which "there is need for an agreed exit strategy from the U.K.," number 3 read: "Negotiation on division of the U.K. assets (oil, financial, military, Lewis chessmen, etc.)."

In a 2011 video on the chessmen in their "In Focus" series, members of the production company Archaeosoup note, "The political significance of the Lewis chessmen is largely due to their iconic status and fame. They pop up everywhere, from the cover of Agatha Christie novels to being the favorite pieces used by wizards studying at Hogwarts." [ Watch here: http://www.youtube.com/watch?v=a5mIYA9eKT8 ]

For Harry and Ron's game of wizard chess, the producers of Harry Potter and the Sorceror's Stone borrowed a vintage red-and-white Lewis chessmen replica set from Irving Finkel, the assistant keeper of the British Museum's Middle East department and a boardgame expert.

Finkel credits a boyhood visit to the chessmen, and a meeting with their curator, for his choice of career. He has written a children's book, The Lewis Chessmen and What Happened to Them, and gives lectures on "The Best Chessmen in All the World." He instructed a BBC reporter in 2003, "When you look at them, kneel down or crouch in such a way that you can look through the glass straight into their faces and look them in the eye. You will see human beings across the passage of time. They have a remarkable quality. They speak to you."

In the 1950s, the chessmen did indeed speak to the English animators Oliver Postgate and Peter Firmin. Long before wizard chess, British children knew the chessmen as "Nogs": The animated television series "Noggin the Nog" ran from the late 1950s into the 1990s and inspired twelve books. "In the lands of the North, where the black rocks stand guard against the cold sea, in the dark night that is very long the men of the Northlands sit by their great log fires and they tell a tale…" So began each episode. Noggin, the hero, is the Lewis warder looking askance: He's a hesitant fellow, not terribly Viking-like. As Postgate writes in his autobiography, Seeing Things, when he and Firmin saw the Lewis chessmen, "What had impressed us was that, far from being fierce and warlike, it was clear that these were essentially kindly, non-belligerent characters, who were thoroughly dismayed by the prospect of contest." 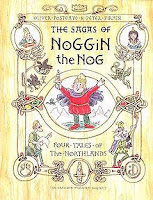 Another author to whom the chessmen spoke was Francesca Simon. Famous for her Horrid Henry series, which sold over 15 million copies in the U.K., Simon, too, turned to the chessmen for inspiration. In the trailer for her 2011 book, The Sleeping Army, she says, "I have been fascinated by the Lewis chessmen since I first saw them in the '70s," when she studied Anglo-Saxon at Oxford. She frequented the British Museum, hunkering down as Finkel suggested to gaze at the figures eye to eye. "I think what always interested me about them was their little glum faces. They have these down-turned mouths. And I always used to wonder, why are they so unhappy?" [ Watch here: https://www.adventuresbydisney.com/europe/scotland-vacations/ ]

Scottish folk singer Dougie MacLean--who keeps a cottage just up the coast from where the chessmen were found--also finds them dismayed or sad, witnesses to some atrocity. In his 1999 song "Marching Mystery," he sings: "Out of an age when time was young ... / They come with tales too dark to speak." [ Hear the rest here: https://www.youtube.com/watch?v=-lrm06YCaZY ] 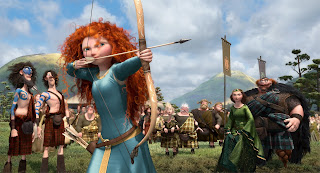 In the Disney-Pixar film Brave, from 2012, those dark tales are brought to life in a lesson the queen gives young Merida--the feisty, red-haired princess who must learn to balance her own dreams with the good of the kingdom. Using the Lewis chessmen as props, the queen tells of ancient "war and chaos and ruin," the chess kings coming to life to reenact horrible battles. Wrote reviewer Helen Fields on her blog The Last Word on Nothing, "It’s no accident that those thousand-year-old chessmen found their way into a movie; people from Pixar visited the National Museum of Scotland to photograph the chessmen and other objects. Since the movie is set in medieval Scotland, this makes a lot of sense."

The tour company "Adventures by Disney" even offers a Brave tour of Scotland. According to the website, you can "walk amongst lush landscapes where ancient stone castles rise from the mist, heralding a proud heritage that served as the inspiration and backdrop for the Disney-Pixar animated film Brave." When I checked the itinerary a couple of years ago, the tour went to the National Museum of Scotland on Day Two to see the Lewis chessmen.

These iconic pieces also feature prominently in a 2013 mystery, The Chessmen, third in a series set on Lewis by the British author and television producer Peter May. While filming a Gaelic-language television series, Machair, on the shores of Uig Bay, May grew to know and love the area. A main character in The Chessmen, Whistler Macaskill, was inspired by those huge wooden effigies now posted at the airport, the distillery, the historical society, and the findspot at Ardroil.

Whistler carves similar statues out of driftwood to sell to tourists. He's on the side of the Scottish Democratic Alliance (more or less), remarking to his friend, the policeman Fin Macleod, "They should be in Uig year round. A special exhibition. Not stuck in museums in Edinburgh and London. Then maybe folk would come to see them and we could generate some income here." 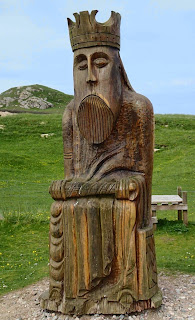 "Remember, Fin, how they taught us at school that when Malcolm Macleod found the wee warriors hidden in that cove just down there at the head of Uig beach, he thought they were sprites or elves and was scared shitless. Scared enough to take them to the minister at Baile na Cille. Imagine how scared he'd have been of these big bastards!" And he hefted a bishop up on to the table.
Fin stepped in to take a closer look. Whistler, apparently, had unexpected talents. It was a beautifully sculpted figure, a minutely accurate replica, down to the smallest detail. The folds in the bishop's cloak, the fine lines combed through the hair beneath his mitre. The originals were between three and four inches tall. These were anything from two and a half to three feet. No doubt Whistler could have found employment in the Viking workshops in Trondheim where the actual pieces were thought to have been carved out of walrus ivory and whales' teeth in the twelfth century ...

Of course, Whistler gets killed soon after this. The Chessmen is a murder mystery, after all.

Read more about Ivory Vikings on my website, http://nancymariebrown.com, or check out these reviews: