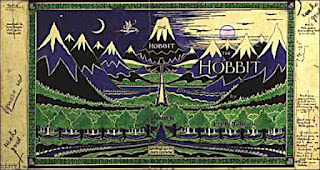 People often ask me how I became interested in Iceland. I have no Icelandic ancestors (that I know of). I’d never heard of Iceland until I went to college. Reading Snorri Sturluson’s Edda for a class on mythology, I began recognizing names: Bifur, Bafur, Bombor, Nori, Ori, Oin, and … Gandalf! These were all names from The Hobbit. What were J.R.R. Tolkien’s wizard and his dwarves doing in medieval Iceland?

Tolkien, I learned, was deeply influenced by Icelandic literature. The tale of Sigurd the Dragon-Slayer appeared in Andrew Lang’s Red Fairy Book, published in 1890, two years before Tolkien was born. Reading it as a boy, Tolkien said, “I desired dragons with a profound desire. Of course, I in my timid body did not wish to have them in the neighborhood. But the world that contained even the imagination of Fafnir was richer and more beautiful, at whatever cost of peril.”

At 16, having already learned Latin, Greek, French, German, Anglo-Saxon, and a little Welsh, Tolkien picked up the Volsunga Saga in Icelandic and began puzzling it out. He soon was relaying the gory parts to his friends. 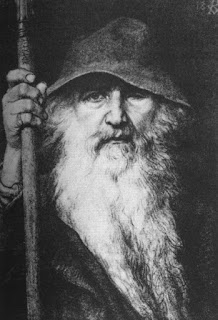 As a student at Oxford University, Tolkien read Snorri’s Edda, the Poetic Edda, and the major sagas. During World War I he fought on the Somme, returning to England with trench fever in November 1916. In the hospital he began writing his fantastical tales of Middle-earth.

In 1920, he took a post at Leeds University and taught a linguistics course that featured Icelandic. He also formed a student Viking Club, mixing beer bashes with saga-reading and the composing of silly songs in Old Icelandic.

In 1925, as a new professor in the English Department at Oxford, Tolkien suggested substituting Icelandic literature for a few of the many hours devoted to Shakespeare. Reading the sagas and Eddas was more important than reading Shakespeare, Tolkien argued, because the Icelandic books were more central to the English language and to our modern world.

Tolkien won over his Oxford colleagues with a version of the Viking Club, inviting his fellow dons to read Icelandic literature aloud with him. One of these was C.S. Lewis, who would later write the classic fantasy series The Chronicles of Narnia.

It was Lewis who urged Tolkien to publish The Hobbit, which he did in 1937. Lewis wrote to a childhood friend, “It is so exactly like what we would both have longed to write (or read) in 1916: so that one feels he is not making it up but merely describing the same world into which all three of us have the entry.”

That world was largely Icelandic. Many of the characters and motifs readers assume Tolkien had invented were based on Snorri’s Edda and Heimskringla, the Poetic Edda, and the Icelandic sagas. 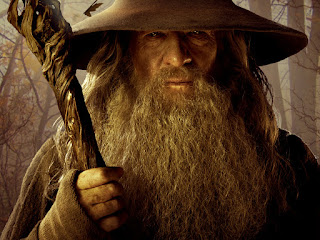 The wizard Gandalf, for example, is an “Odinic wanderer” (in Tolkien’s words)—like the old man with a broad-brimmed hat and a staff who wanders the nine worlds in Snorri’s tales and sits by King Olaf’s bedside keeping him up late with his wondrous stories.

Besides the wizard, Icelandic literature inspired Tolkien’s dwarves and elves, dragon, shapeshifter, warrior women, riders, giant eagles, and trolls, not to mention his wargs, barrow-wights, magic swords, and the cursed ring of power.

Even the landscape of Tolkien’s Middle-earth (except for the very-English Shire) is Icelandic. Although Tolkien never visited Iceland, he read author and arts-and-crafts designer William Morris’s journals of his travels there in the 1870s. The hobbit Bilbo Baggins’s ride to “the last homely house” of Rivendell, for example, matches one of William Morris’s horseback excursions in Iceland point-for-point.

Finally, Tolkien was enchanted by saga style. Like Snorri Sturluson, Tolkien knew the worth of glamour—in its first meaning of enchantment or deceit. By “fantasy” Tolkien meant “a quality of strangeness and wonder” that frees things and people from “the drab blur or triteness of familiarity.” The Hobbit does all that—thanks to its Icelandic roots.

When Peter Jackson’s movie adaptation of The Hobbit is released this December 14, Icelanders and people of Icelandic descent can take pride in the fact that their literature is still central to our modern world. New Zealand may be the movie’s setting, but Iceland is its soul. 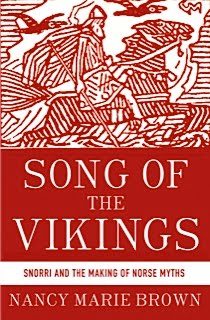 This essay was adapted from my biography of Snorri Sturluson, Song of the Vikings: Snorri and the Making of Norse Myths, just published by Palgrave Macmillan. The final chapter details Snorri’s effect on Tolkien and fantasy literature.

The black-and-white image above is not Gandalf, but Odin, as drawn by Georg von Rosen in 1886, before Tolkien was born. The photo of Gandalf is from “The Hobbit: An Unexpected Journey,” downloaded from the official movie site: http://thorinoakenshield.net/the-hobbit-photo-gallery/#scenes